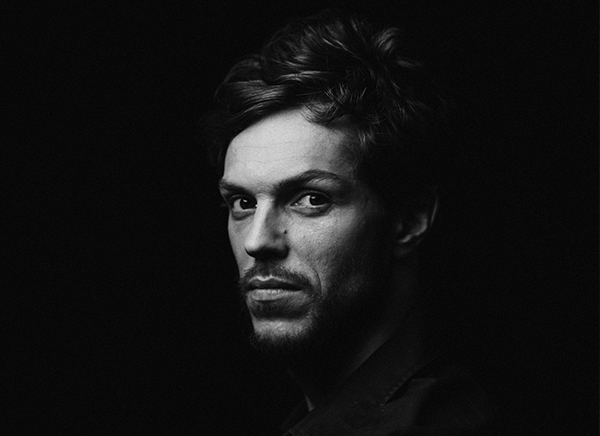 Raphaël Pichon, born in 1984, began his musical apprenticeship with the violin, the piano and singing, training in various Parisian conservatories (CNSMDP & CRR). As a young professional singer, he performed under the direction of personalities such as Jordi Savall, Gustav Leonhardt, Ton Koopman, and Geoffroy Jourdain’s Les Cris de Paris, with whom he worked on contemporary music.

In 2006 he founded Pygmalion, a choir and orchestra on period instruments, which quickly distinguished itself by the singularity of its projects. Bach’s Missae Breves, late versions of Rameau’s great lyrical tragedies, and the performance of Mozart’s rarities are all projects that form the basis of Pygmalion’s identity. Through a work centered on the fusion between choir and orchestra, but also through a dramaturgical approach to the concert, Pygmalion’s various productions were quickly unanimously acclaimed in France and abroad. Alongside his ensemble, Raphaël Pichon has performed at the Philharmonie de Paris, the Château de Versailles, the BBC Proms, the Bozar in Brussels, the Konzerthaus in Vienna, the Philharmonie in Cologne, the Palau de la Musica Catalana in Barcelona, the French May in Hong Kong and the Beijing Music Festival. On the opera stage, Raphaël Pichon has conducted various productions at the Opéra Comique, the Aix-en-Provence Opera Festival, the Bolshoi Theatre in Moscow, the Amsterdam Opera and the Bordeaux National Opera. He has collaborated with directors such as Katie Mitchell, Romeo Castellucci, Simon McBurney, Michel Fau, Pierre Audi, Aurélien Bory and Jetske Mijnssen.

In 2020, in the midst of a pandemic, Raphaël Pichon created the Pulsations festival in Bordeaux; as an eclectic and polymorphous celebration, the festival works with local actors and programs exceptional concerts in unexpected places scattered throughout the city and the metropolis.
Among the most noteworthy projects of recent years are its debut at the Festival d’Aix-en-Provence with the creation of Trauernacht on music by Bach, directed by Katie Mitchell (2014), the rediscovery of Luigi Rossi’s Orfeo at the Opéra national de Lorraine and at the Opéra royal du Château de Versailles (2016), the spatialization of Monteverdi’s Vespro della Beata Vergine with Pierre Audi (Holland Festival, BBC Proms, Chapelle royale de Versailles, Leipzig Bach Festival), the cycle of artistic encounters around Bach’s cantatas at the Philharmonie de Paris, the complete Motets and the Mass in B by J. S. Bach. Invited to the Festival d’Aix-en-Provence in 2018 to conduct The Magic Flute directed by Simon McBurney, he returns in 2019 for a scenic creation of Mozart’s Requiem directed by Romeo Castellucci.
As a guest conductor, he made his debut at the Salzburg Festival in 2018 with the Mozarteum Orchester, at the Berlin Philharmonic with the Deutsches Symphonies-Orchester, and was invited to conduct the Orchestre de Chambre de Lausanne, the Scintilla of the Zürich Opera, Teodor Currentzis’ MusicAeterna, the Violons du Roy de Québec, or the Freiburger Barockorchester and the SWR Symphonieorchester alongside Isabelle Faust. This season, he will make his Boston debut with the Handel & Haydn Society.

In 2021-2022, Raphaël Pichon will conduct Pygmalion for a new production of Beethoven’s Fidelio at the Opéra-Comique, as well as a project directed by Romeo Castellucci around the operatic music of the Italian Seicento. In concert, he will return to Bach for a triptych around the figure of Christ as well as for concerts with Sabine Devieilhe; Brahms for the German Requiem and finally Mozart for the last three symphonies and the revival of the stage version of the Requiem.

His numerous recordings are now released exclusively by Harmonia Mundi, whose latest releases are the fresco Stravaganza d’amore (2017) and the imaginary opera Enfers with baritone Stéphane Degout (2018), Libertà! (a singular project around the origins of the Mozart/Da Ponte Trilogy) and more recently the Motets of J.S. Bach. His entire discography has been unanimously acclaimed in France and abroad.

Raphaël Pichon is an officer in the Order of Arts and Letters.