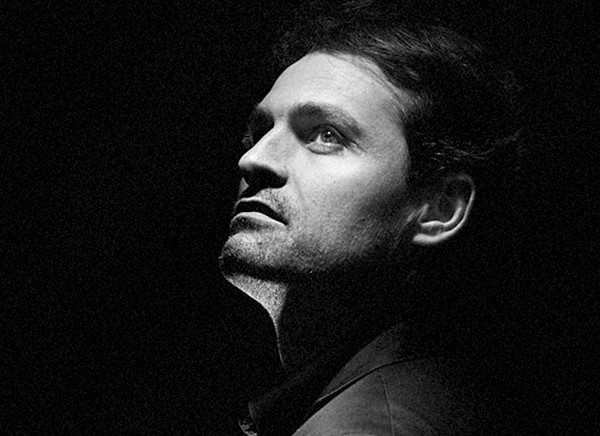 Born in 1975, Damien Bigourdan started his stage apprenticeship with theatre, and joined the Cours Florent in 1995. After learning from en Michel Fau, he continued his training by joining the Conservatoire National Supérieur d’Art Dramatique, where he studied under Dominique Valadié, Daniel Mesguish, Catherine Hiegel and Olivier Py. The latter invits him then to perfor mseveral roles in his staging of Paul Claudel’s Satin Slipper, a show that toured for five years and was to conclude his collaboration with the Odéon – Théâtre de l’Europe.

In 2001, on the advice of Pierre-André Weitz, he starts to train his voice. From 2003 to 2008, he joins the private class of Florence Guignolet the singer and teacher at the Jeune Chœur de Paris, then of Christiane Patardand and Henry Runey.

In 2003, he makes his debuts as a singer in Kurt Weill’s Silver Lake, directed by Olivier Desbordes. Since then, he has sung roles in various repertoires: Canio in Ruggero Leoncavallo’s Pagliacci, Turiddu in Pietro Mascagni’s Cavalleria Rusticana, Luigi in Giacomo Puccini’s Il Tabarro, Rinuccio in Giacomo Puccini’s Gianni Schicchi, the title-role in Charles Gounod’s Faust, Paul in Philip Glass’s Les enfants terribles, Orphée in Matteo Fransceschini’s My Way to Hell, the solo tenor in Igor Stravinsky’s Les Noces, Gardefeu in Jacques Offenbach’s La Vie Parisienne, Candide in Flaubert et Voltaire, a creation by Philippe Fénelon, Roger in his own production of Peter Eötvös’s Le Balcon with the ensemble Le Balcon, Theseus in Jonathan Dove’s The Monster in the Maze conducted by Sir Simon Rattle at the Festival of Aix-en-Provence 2015, Rodomont in Hervé’s Les Chevaliers de la Table Ronde directed by Pierre-André Weitz, as well as Alfredo in Giuseppe Verdi’s La Traviata, directed by Benjamin Lazar. In mai 2019, he embodies Guillot de Morfontaine in Manon, under the baton of Marc Mikowski at the Opéra Comique. In 2019, he returned to the role of Monsieur Michu in Mesasger’s Les P’tites Michu  at the Opéra de Tours. In 2020, he is part of a project around Offenbach’s Lischen et Fritzchen as well as Wachs’s Un mari dans la serrure alongside Adriana Bignagi-Lesca.

Since 2010, Damien Bigourdan has been a member of the ensemble Le Balcon which has already trusted him with several roles, including the lead in Arthur Lavandier’s opera De la Terreur des Hommes, Der Tanzmeister and Scaramuccio in Richard Strauss’s Ariadne auf Naxos, and Arnold Schoenberg’s Pierrot Lunaire. In August 2013, he is laureate of the 1st prize at the Stockhausen-Kurses in Kürten for therole of Michael in Karlheinz Stockhausen’s Examen. He embodies Michael again in Donnerstag aus Licht, given at the Opéra-Comique in November 2018 and at the Southbank Center in May 2019. He then begins a major project with the company : the staging, alongside Colombian artist Nieto, of the other operas of the cycle Licht by Stockhausen: Samstag aus Licht (June 2019), et Dienstag aus Licht (October 2020) at the Philharmonie de Paris.