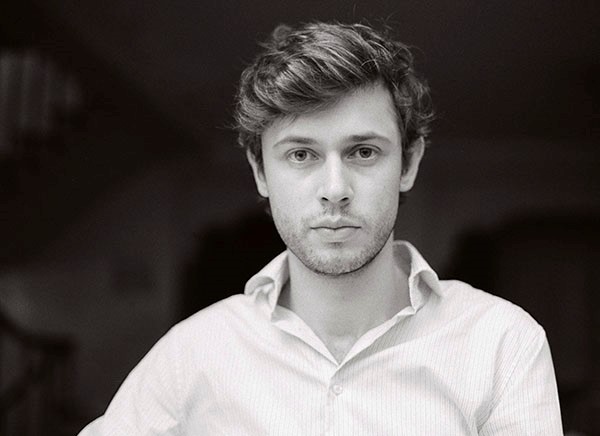 Born of musician parents, Maxime Pascal began in Carcassonne at an early age his studies on piano and then violin. In 2005 he was admitted to the Conservatoire National Supérieur de Musique et de Danse de Paris taking classes in composition, musical analysis and orchestration. Very quickly he discovered he wanted to conduct, and signed up for the conducting class of François-Xavier Roth.

In 2008, while still a student, he founded in the orchestra Le Balcon (named after the work by Jean Genet), along with composers Pedro Garcia-Velasquez, Juan-Pablo Carreño and Mathieu Costecalde, the pianist Alphonse Cemin and sound engineer Florent Derex. The speciality of this multifaceted orchestra, playing all types of repertoire, is the complete integration of music with advanced technical sound systems. Maxime Pascal thus developed his personal vision of musical spectacle: that it should be a striking and radical experience for the spectators. This led him to work with personalities such as Pierre Boulez, George Benjamin, Michaël Levinas and Arthur Lavandier.

In 2013 the Athénée Louis-Jouvet Theatre became for Maxime Pascal his home base. He performed there with Le Balcon the opera Ariadne auf Naxos by Richard Strauss staged by Benjamin Lazar, a video spectacle on Pierrot Lunaire created by the Colombian artist Nieto, the Rape of Lucrecia by Benjamin Britten and more recently the opera Le Balcon by Peter Eötvös staged by Damien Bigourdan. At the same time, his great fascination with Stockhausen’s operas drove him to work in Cologne with Suzanne Stephens and Kathinka Pasveer, and to perform in Paris numerous scenes from these operas. In 2018, Maxime and Le Balcon began to perform the whole LICHT cycle, starting with Donnerstag aus Licht at the Opera Comique (Paris) and Samstag aus Licht at the Philharmonie de Paris in june 2019.

Strongly attached to the practice and development of amateur orchestras, he has been since 2008 the musical director of the Impromptu Orchestra, an amateur Parisian orchestra.

Since 2012 Maxime Pascal has been sponsored by the Fondation Orange. He is also since 2010 in residency at the Singer-Polignac Foundation. At the French Institute in November 2011 the Academy of Fine Arts awarded him the Music Prize of the Simone and Cino del Duca Foundation for the debut of his rising career. In March 2014, he became the first Frenchman to win the Nestlé and Salzburg Festival Young Conductors Award.