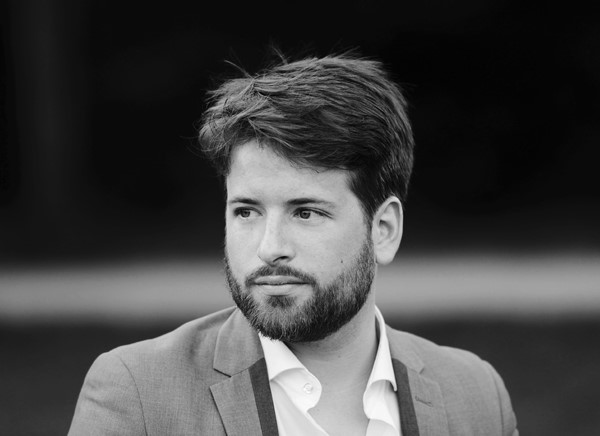 Revealed on the =opera scene when he won the International Competition for Opera Conductors organised by the Opéra Royal de Wallonie in 2017, Pierre Dumoussaud was awarded the first Victoire de la Musique “Revelation Conductor” when the category was created in 2022. The same year, the Minister of Culture awarded him the title of Chevalier de l’Ordre des Arts et des Lettres. He is pursuing a fine career in the pits of Europe’s opera houses, his enthusiasm and meticulousness having already earned him many successes in France (Madama Butterfly in Rouen, Fantasio in Montpellier, Hamlet in Nantes, etc.) and beyond: he has already given Mignon at the Bayerische Staatsoper, La Belle Hélène at the Opéra de Lausanne, Faust at the Greek National Opera, etc.

His discography confirms his predilection for the French music of the 19th and 20th centuries: Pelléas et Mélisande for Alpha Classics at the Opéra National de Bordeaux, the first complete version of Offenbach’s Le Voyage dans la Lune – with which he won the 2022 International Opera Award for best recording – and Messager’s Les P’tites Michu for the Palazzetto Bru Zane and with the Orchestre National des Pays de la Loire. Another album devoted to the composer Olivier Greif (1950-2000) was released with label B Records and received a “Diapason d’or” and a “Choc” from Classica.

Invited to conduct the orchestra at the Festival de Pâques in Deauville, he works closely with Renaud Capuçon, Bertrand Chamayou and Nicholas Angelich. “Clear and modern but also eloquent and lively” according to Christian Merlin (Le Figaro), Pierre Dumoussaud’s conducting is appreciated as much by the instrumentalists as by the singers and dancers; the young conductor made his debut at the Opéra national de Paris in May 2021 during a “Tribute to Roland Petit“, and is returning this season for “L’Histoire de Manon”.

In 2023, Pierre Dumoussaud will make his Italian debut with Lucia de Lammermoor at the Donizetti Opera Festival in Bergamo. He will meet the Strasbourg and Monte-Carlo Philharmonic Orchestras and will perform again in Japan.