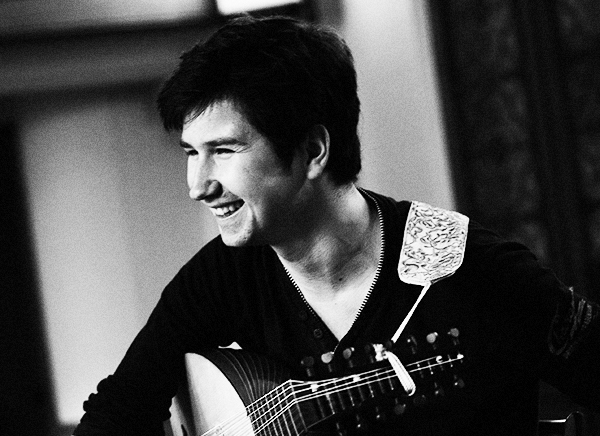 Born in Paris in 1988, Thomas Dunford discovered the lute at the age of 9 thanks to Claire Antonini, his first teacher. He completed his studies in 2006 at the Conservatoire Supérieur de Paris (CNR), where he was unanimously awarded first prize in the class of Charles-Edouard Fantin.

Thomas Dunford continued his studies at the Schola Cantorum in Basel with Hopkinson Smith, and participated in numerous master classes with lutenists such as Rolf Lislevand and Julian Bream, and in workshops with Eugène Ferré, Paul O’Dette, Pascale Boquet, Benjamin Perrot and Eduardo Eguez. He obtained his diploma in 2009.

In 2018, at the age of 30, Thomas Dunford created his ensemble Jupiter where he invited extraordinary musicians and soloists he met during his many years of touring around the world.
Their multi-award-winning debut recording of Vivaldi was released by Alpha in 2019. Their upcoming projects include a program around Handel with Iestyn Davies and Lea Desandre, a program around Monteverdi and “Amazone”, a French-Italian recital program with Lea Desandre, to be released in the fall of 2021 by Erato. Jupiter has already been programmed in the most important concert halls in Europe and the United States: Philharmonie de Paris, Philharmonie de Berlin, Auditorium Radio-France, ElbPhilharmonie Hamburg, Carnegie Hall in New York, Wigmore Hall in London, Easter Festival in Aix-en-Provence…

For the 2021 – 2022 season, Thomas Dunford will be on tour in the United States in March with Jupiter (Los Angeles, San Francisco, San Diego, Washington, Carnegie Hall in New York…). In October, he will be at the Elbphilharmonie in Hamburg, in December in Japan, at the Oji Hall in Tokyo, in May at the Palau in Barcelona. He will also be on tour with the flutist Lucie Horsch, and in June he will be at the Wigmore Hall for a duo with Jean Rondeau.