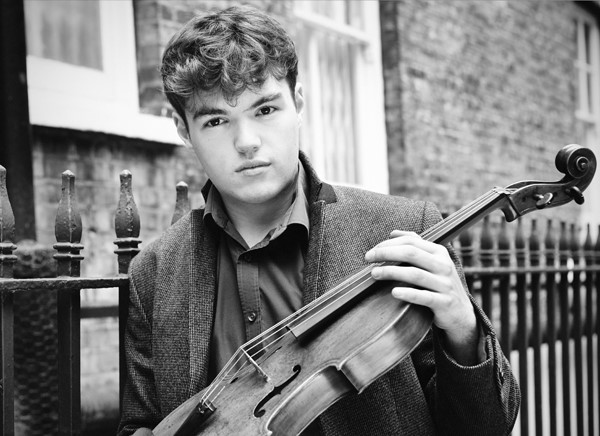 Timothy Ridout, selected as a BBC New Generation Artist in 2019, is one of the most sought after violists of his generation. This season he appears as soloist with the Orchestre de Lille, Salzburg Camerata, Philharmonia Orchestra, Chamber Orchestra of Europe, Tapiola Sinfonietta, Orchestre National Bordeaux Aquitaine, Aachen Symphony, BBC Symphony and Siberian State Symphony Orchestras. Ridout was selected to join the Borletti-Buitoni Trust’s roster of Fellowship winners for 2020. In January 2020 he won Hamburg Symphoniker ’s inaugural Sir Jeffrey Tate Prize.

Other highlights this season include recitals at Wigmore Hall, Auditorium du Louvre and the Lucerne Festival. Ridout takes part in the Lockenhaus, Heimbach and Kronberg Festivals, collaborating with Isabelle Faust, Janine Jansen, Kian Soltani, Benjamin Grosvenor, Lars Vogt, Nicolas Altstaedt and Christian Tetzlaff, among many others. Further afield he returns to Japan and joins the Marlboro Academy in the USA on the invitation of Mitsuko Uchida.

Over the last year Ridout has made his debut with the Hamburg Symphoniker, undertaken a residency with Baden-Baden Philharmonie, and performed the Walton Concerto with the Tonhalle-Orchester Zurich under the auspices of the Orpheum Foundation. He has worked with conductors including Christoph Eschenbach, David Zinman, Gabor Takács-Nagy, Sylvain Cambreling, Jamie Phillips and Sir Andras Schiff.

During 2019 Ridout collaborated with Steven Isserlis, Joshua Bell, Jeremy Denk, the Quatuor Arod and Nash Ensemble at Wigmore Hall and made his debut at the Konzerthaus Berlin, Heidelberger-Frühling, Montpelier and Aspen Music Festivals. Sought after as a chamber musician he took part in festivals across Europe including the Bergen, Rosendal, Evian, Boswil Sommer, Musikdorf-Ernen and Molyvos Festivals.

In 2016 Ridout won 1st Prize in the Lionel Tertis Competition and was selected by Young Classical Artists Trust (YCAT). Other prizes include the 2019 Thierry Scherz Award at the Sommets Musicaux de Gstaad and 1st Prize at the 2014 Cecil Aronowitz Competition.

Born in London in 1995, Ridout studied at the Royal Academy of Music graduating with the Queen’s Commendation for Excellence. He completed his Masters at the Kronberg Academy with Nobuko Imai in 2019 and in 2018 took part in Kronberg Academy’s Chamber Music Connects the World.

Ridout records for the Harmonia Mundi Nova series and with Orchestre de Chambre de Lausanne for Claves Records. He plays on a viola by Peregrino di Zanetto c.1565 – 75 on loan from a generous patron of Beare’s International Violin Society.